I have loved and been driven by Good Versus Evil stories from the time I was a wee child. I’m particularly rough on Bad Guys. I want them to make my blood boil, and make me see crimson, and make me want to jump into the screen to throttle them. Without proper Bad Guys (villains, antagonists, whatever you want to call them), the Good Guys don’t shine as much and the Good Times are mundane.

Villainy and the conflict that comes from it is imperative. An even better mark of most excellent villainy, though, is when a fictional scoundrel that I have grown to absolutely hate can make me feel sad for him at his demise.

That happened twice in rapid succession this past year, against my will. And it blew my mind.

The first time was during the finale of Mexican telenovela La Tempestad (The Tempest/The Storm), which I watched because I’m a big fan of William Levy.

The young, handsome, über-wealthy Hernán (Levy’s rival for the heroine’s hand, played by Iván Sánchez) was a ridiculously scary dude and a walking poster child for Chemical Imbalance and Bat Sh** Crazy. He even had all of the other villains quaking in their boots when he got mad. His villainy and skills of manipulation knew no bounds. Upstanding citizen by day, local slave trafficker by night? No problem. Burn down the heroine’s entire fishery yourself to drive her into your arms? No problem! Have the hero HARPOONED and dumped in the middle of the ocean? Terrorize and manhandle the heroine’s mother while the woman is lying in a hospital, dying of a brain tumor, and unable to speak? Dangle the hero and heroine’s newborn infant over the railing of your yacht and threaten to TOSS IT INTO THE SEA unless the heroine tells the hero to get lost? No. Problem.

When Hernán’s demise rolled around, I was über-ready. I hated that SOB!

There he was, left alone in his burning house in the woods as the hero and heroine made their escape, finally resigned to reality as the wooden structure fell into pieces around him. With tears streaming down his face and suicide in his expression, he simply picked up his violin (he’d been a musician since childhood) and began to play. Instantly, my mind filled with the classic legend of Emperor Nero fiddling while Rome burned, and I almost physically knelt down to the screenwriter!

For pitiful Hernán, truly bullied in childhood, tortured in adulthood, narcissist and sociopath, undisputed head of a vast criminal empire, there was nowhere to turn. His true nature and all of his crimes had been uncovered, his bridges had been burned, and he’d never have the love of his life. Ever. So, he sat and fiddled in the flames, to his death.

Because his life could have taken a better turn if just one of his childhood tragedies had not happened, a part of me couldn’t help feeling bad for this modern day Nero, which pissed me off. Good writing!

The second time was during the climactic last episodes of Mexican telenovela Lo Que La Vida Me Robó (What Life Took From Me), which I watched because I’m a fan of Sebastián Rulli, Angelique Boyer, and Sergio Sendel. Little did I know that I would gain a new actor for my favorites list—Ferdinando Valencia, who played minor Bad Guy Adolfo.

Adolfo started out as a young, shallow hustler who was completely in it for himself, for casual sex, and for any money to be schemed from anywhere. He was sort of nondescript, and a real loser, but he did have a line he didn’t cross—physically harming a person. His maniacal brother-in-law (the major villain) was mean enough to capitalize on penniless Adolfo’s shortcomings by forcing him into his private world of political corruption and forcing him to do unthinkable things in that world, so much so that Adolfo’s mind finally broke and he succumbed to the Dark Side.

When the major villain was done, Adolfo had transformed into smooth, suave, devastatingly handsome, cold-blooded assassin and drug trafficking right-hand man El Alacrán (The Scorpion). He was ruthless and killed employees for any mistakes. It completely snuck up on me because it was only a sub-plot, one of many.

This guy was one of the most tortured villains I’ve ever seen in my life. Valencia played that role so good, it hurt. He didn’t want to be who he was. He didn’t want to lie to his innocent lover, his friends, or anyone. Rather, he wanted to escape with his woman to a place where no one knew him and just be Adolfo again, in peace and quiet, for the rest of his life. He hated being El Alacrán, but continued being El Alacrán because, in his mind, he deserved it for being such a loser in life. Being El Alacrán was his punishment. 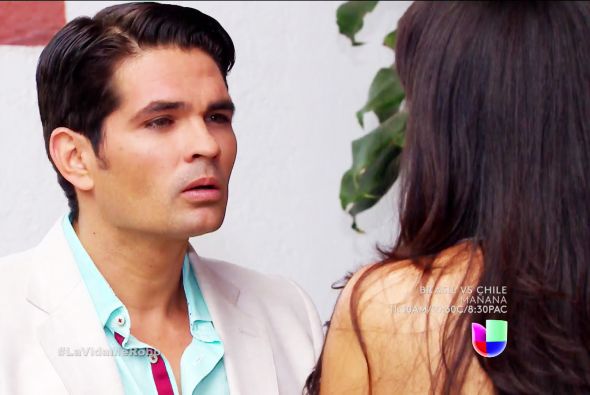 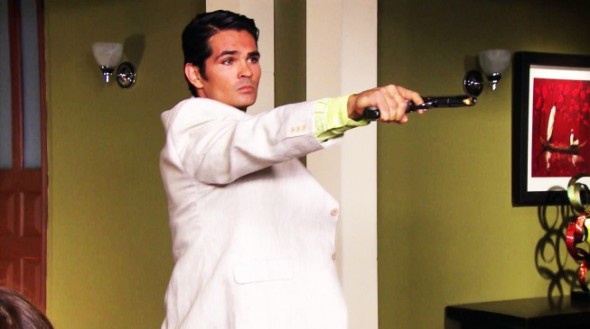 Things went from bad to worse because he continuously had to cover his tracks (blackmail people who found out who he was, kill his friends when they found out who he was—even his best friend’s cop fianceé, etc.) while trying to figure a way out without going to prison or being killed by his boss. He also managed to protect his blind sister and 8-year-old niece from his nasty boss. I was actually hoping that he would make it work and get away with his beloved Josefina (which pissed me off, but it’s the truth). But then one day, just as it looked like he might escape his terrible life and deeds, the jig was up, his mess unraveled, and everyone, the cops, his friends, his family, and his lover, knew.

His fatal atonement came when he purposely faced his best friend (a cop) with an empty gun and forced the man to take him out (which wasn’t hard, seeing as he’d killed the man’s fianceé, remember). I had figured out a while back that suicide-by-cop was coming, because I knew Adolfo had a death wish and would never allow himself to go to prison. What I hadn’t figured was how angelic he would look sprawled out on the ground, his crisp linen suit spattered with blood from the gunshot, his naturally long dark eyelashes fanned out above his cheekbones as his Josefina knelt over his body, and that I would wail and shake my fists at the Telenovela Gods for not having pity and somehow helping the poor, misguided guy out. Noooooooooooooo!

It was too sad. I was a hot mess. What the heck.

I’ve written only one villain that made me feel bad for him like this, a long while back. The fool almost convinced me to let him live! (I know, crazy.) All of the others have damn well deserved the final punishments that I gleefully dished out to them.

Villains who can make you feel sorry for them in spite of yourself are special creatures indeed, and my hat is OFF to their writers. While you’re writing your own villain, this is a good thing to keep in the back of your mind just in case he or she has those qualifications. The vast majority of Bad Guys should not go this route on the page or screen, IMHO, but to the few that can and do, bravo!

Despite the fact that many people turn their noses up at soap operas, they can teach you a thing or two.