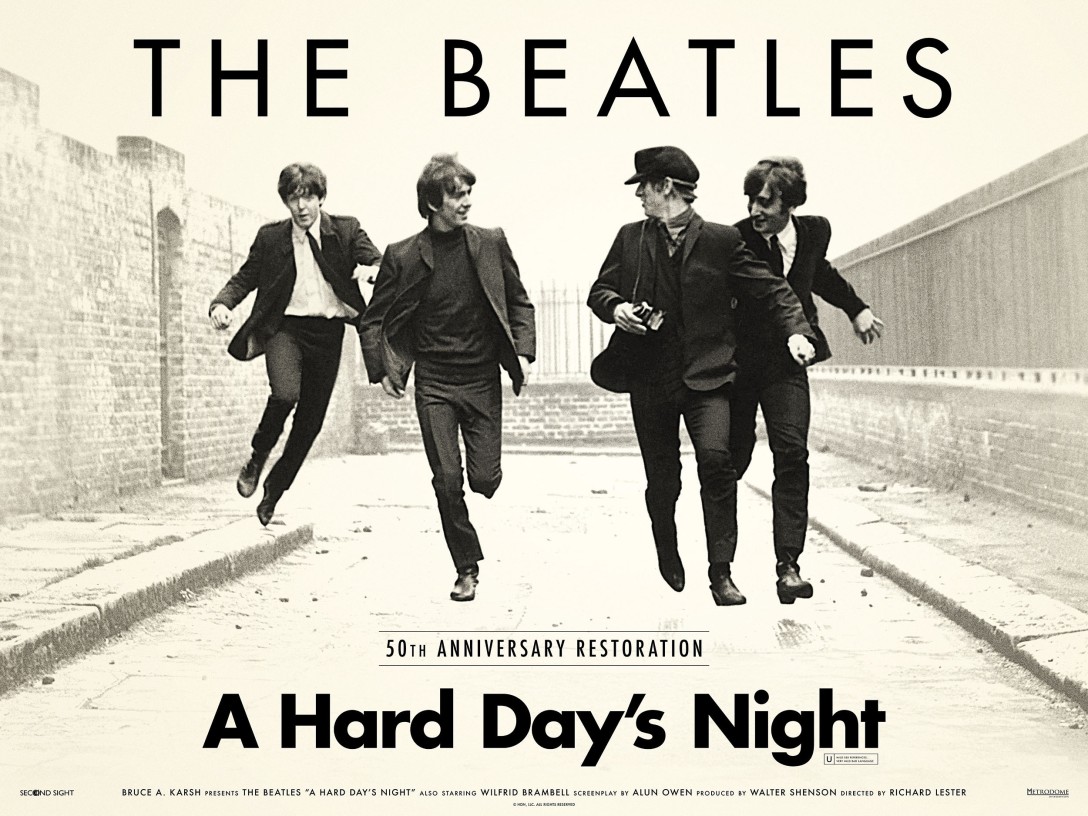 Back on the 6th of this month, the Beatles’ 1964 debut film A Hard Day’s Night turned 50 years old. In commemoration, the film was digitally restored, opened in many theaters across the country during the July 4 weekend, and is available on DVD/Blu-Ray.

When I first heard that news, I had to stop and laugh for a moment because I suddenly remembered sitting a movie theater in the western U.S., watching the Fab Four in the actual film waaaay back in the day.

I was a little bitty sumthin’, only 4 or 5 years old. I don’t remember who was there with me (I don’t think it was my mama because Otis Redding, James Brown, Sam Cooke, and Elvis were her thing). I do remember being completely bewildered and looking around myself in astonishment because every teenage girl and woman in that theater was screaming at the top of her lungs and jumping up and down in her chair. They were screaming so loudly, I couldn’t hear a single word of dialogue the whole time, and I didn’t get it.

Didn’t you go to the movies to listen to the movie? I’d gotten in trouble for behavior like that!

Pissed me off so much that I stood up and yelled, “Beeeee quiet!” Which did absolutely nothing. They shrieked. They cried. They convulsed. All because of those guys in dark suits, whoever they were, on the screen.

I jammed my fingers into my ears in desperation. Which did absolutely nothing. LOL

Now, at that age, I associated screaming and sobbing only with anger, with bad things, with something being wrong, thus my confusion. No one looked particularly upset. In fact, they looked happier than anyone I’ve ever seen, even with tears streaming down their faces and their hair bunched up in their hands.

I shrieked. I bounced. I convulsed, without a clue as to why I was doing it. I couldn’t remember the last time I’d had so much fun.

Permission to holler and scream as loudly as I wanted to, indoors, without getting in trouble for it… Priceless.